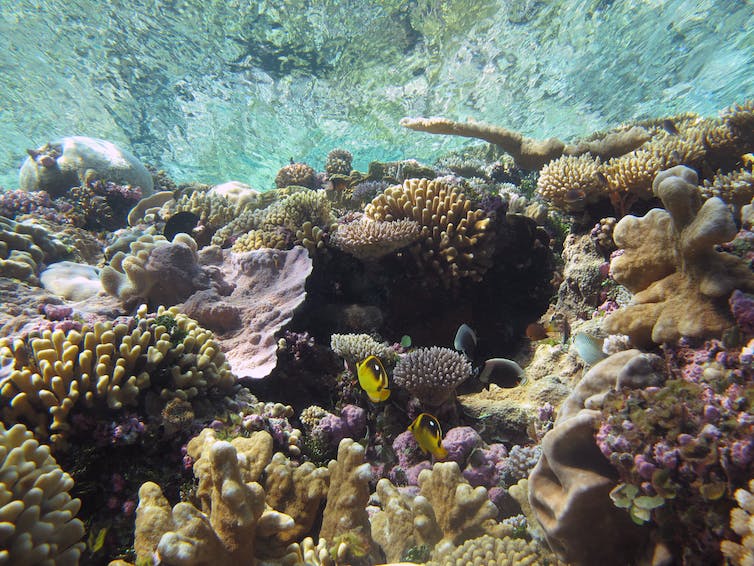 Coral reef ecosystems are collapsing, with live coral cover on reefs having nearly halved over the past 150 years. These small polyp-like creatures, related to jellyfish, secrete a calcium carbonate exoskeleton that forms the reef – a habitat that provides shelter and food for a rich diversity of species. Corals cohabit with algae that photosynthesise and provide the corals with nutrition and energy.

But ocean heat waves are becoming more common as the climate warms. When water temperatures are exceptionally high for a prolonged period of time, corals can bleach. They lose their striking colour and the algae which supports them, and often the corals die, leaving the reef vulnerable to erosion.

Coral restoration could reestablish corals in areas that have been damaged. Small coral pieces – known as “nubbins” – are taken from donor corals or grown in nurseries and attached to frames that are anchored to the seafloor. These nubbins in some species can grow fast and potentially rebuild a reef in a few years. But what happens when they are hit by another ocean heat wave?

Scientists are using selective breeding and genetic engineering to create “super-corals” that are more heat-tolerant and resistant to bleaching. Super-corals could cope with hotter and longer heat waves, giving hope that reefs might persist. A new study shows that super-corals are already out there, occurring naturally in shallow pools in American Samoa. 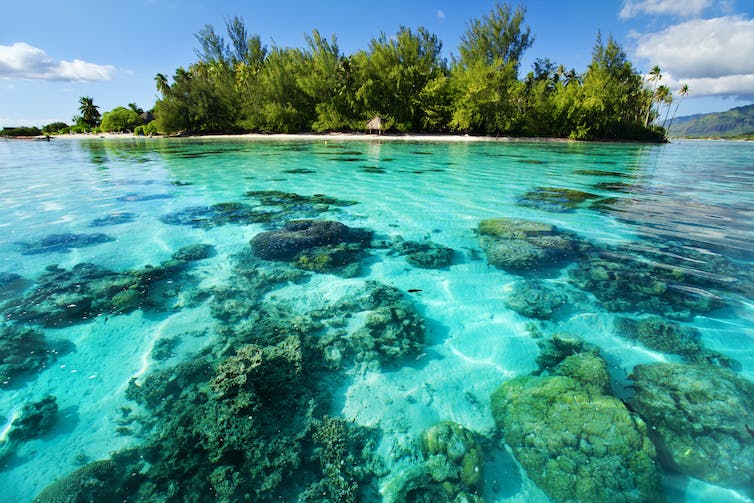 Corals in shallow pools are able to survive high levels of heat stress, as these pools warm more quickly at low tide. But scientists didn’t know if shallow water corals would lose their heat tolerance when moved to a new site, where they might acclimatise to the new conditions. If they kept this adaptation, transplanting heat-tolerant coral nubbins to colder places would provide a good insurance against heat stress as heat waves become longer and more frequent.

The new study found shallow pools in American Samoa with corals that have adapted to heat stress and could restore reefs that are resistant to bleaching. For four species, researchers demonstrated that the heat tolerance that these corals acquired in hot pools is maintained even when they are transplanted elsewhere, meaning their heat tolerance is ingrained within their DNA.

This is exciting. If the corals were simply acclimatised, their heat tolerance would disappear after transplantation and they would be no good for restoring reefs with corals that are resistant to bleaching under heat stress.

So does this study provide hope for the future of coral reefs? It stands out as a positive note among many dire reports on the future of this ecosystem. The study suggests that reef communities could be repopulated with “super-corals” that are more robust against the increasing heat stress that’s predicted.

But climate breakdown will transform coral reefs into entirely different environments. Given the global scale of the problem, it’s unlikely that enough resources can be mobilised to roll out restoration everywhere, or that enough corals will survive as suitable donors in every place that needs restoration.

Coral nubbins need time to mature in order to form reefs. Projects needs workers, time and funding to develop restoration sites, most of which are currently set up to replace coral reefs that were damaged in the past. Heat-tolerant coral candidates need to be found among different species using genomic testing and exposure experiments.

It usually takes one day to plant around 100 coral nubbins, although the record is up to 5,000 nubbins a day off the coast of Sulawesi in the Coral Triangle. That may sound like a lot, until we consider how many individual corals make up a reef and how many are lost during bleaching events. 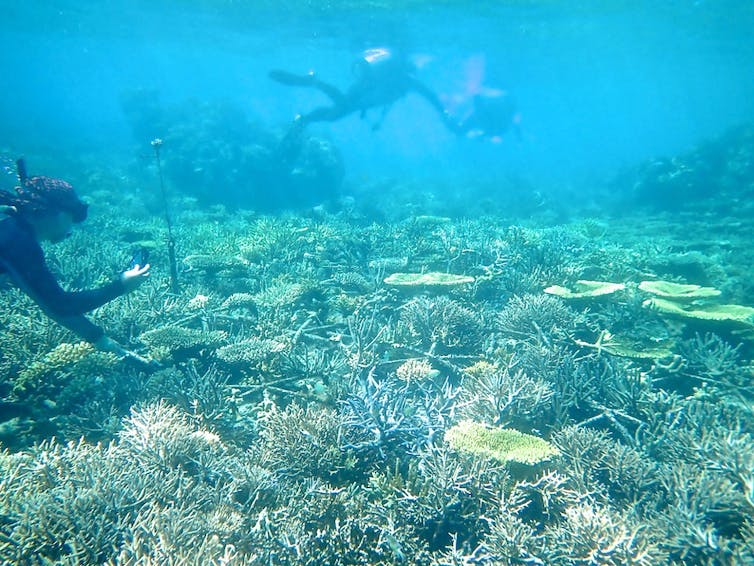 Image: divers survey a reef of transplanted corals in Indonesia that was restored by the local community | David Smith, author provided

Around 35% of coral colonies died due to bleaching between 2016 and 2017 on the northern Great Barrier Reef. With coral devastation on such huge scales, it seems difficult to imagine that naturally occurring super-corals will revolutionise reef restoration in the short term, at least with the current planting rates.

Over the past decade, rapid advances in restoration techniques have provided many examples of small-scale reef restoration projects, but it’s not clear how these can be scaled up to repair reefs and make them more resilient. Without including heat-tolerant corals to protect restored reefs against future heat stress, coral reefs may not survive environmental changes in the future.

It seems hopeful at least, that heat-tolerant corals could help reefs naturally adapt to climate change while in the environment. Increasing the number of heat-tolerant corals in restoration sites will help seed new generations of resistant corals onto adjacent reefs, creating a bank of hardy corals which future reefs may depend on. It’s only a small bit of good news, but it may add up to something much bigger.