Researchers in the UK and Africa have teamed up to help tea producers better understand future climate risks in a bid to reduce crop damage.

Kenya and Malawi produce more than half the tea Britons consume, and the crop makes up about 7% of Malawi’s GDP and 4% of Kenya’s.

In recent years frosts followed by high daytime temperatures have reduced yields, as have longer and more intense dry spells.

Tea plants are particularly sensitive to climate and the research suggests that without interventions aimed at specific locations, tea production will decline in Kenya and Malawi by the 2050s – and fall significantly further by the 2080s.

Working with producers and their representatives in both countries, a University of Leeds-led research team assessed climate factors affecting the growth and quality of tea at nine locations. Their results are published in Climate Risk Management.

The same methodology could now be applied to other tea-producing areas of the world and adapted for other cash crops.

Project lead Professor Andy Dougill, from the University’s School of Earth and Environment, said: “We combined long-term climate observations and the latest climate model projections to predict micro-climates for nine areas over the coming decades. The same methodology could now be applied to other tea-producing areas of the world and adapted for other cash crops.” 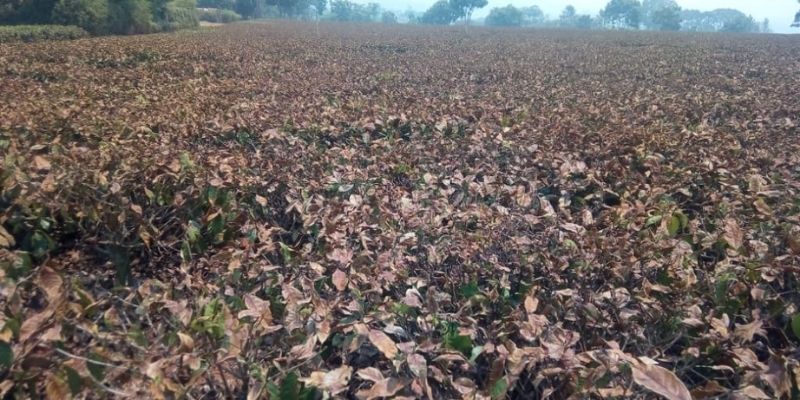 Using producers’ knowledge of how tea plants at each location respond to specific weather conditions, the team was able to assess how those weather conditions are predicted to change in the future in terms of the range of possible micro-climates for each site. This has helped to provide tea producers with new information to guide them on how best to adapt to future climates by both targeted interventions and plant breeding programmes.

Lead author Dr Neha Mittal, also from the School of Earth and Environment, said: “Our study suggests that all nine locations will see substantial increases in heatwave days but significant declines in the number of cold nights by the 2050s. However, the impact will vary dramatically from location to location. Some sites will see only small rises and others might see increases of over 100 heatwave days per year. That is why this new, localised, site-specific approach is so important – it enables climate-change informed investments.”

“We need to act swiftly and to regularly review decisions about the best response in each area – not least because the tea bush has a life cycle of around 100 years.”

The study used a very high-resolution convection-permitting model of Earth’s climate, CP4-Africa – the first of its type for Africa – which was developed by the Met Office, the UK’s national meteorological service. This climate simulation equipment picks up small-scale processes in the atmosphere – including air currents which are involved in many damaging weather events, especially in mountainous areas where tea is grown.

Co-author Dr Dave Rowell, from the Met Office, said: “The unprecedented detail provided by this new model, combined with traditional modelling, and the collation of observations on local weather characteristics, has allowed us to get a better handle on local climate risks several decades into the future. This is critical for adaptation decisions that must be taken today, given the long life of the tea plants.”

The Leeds team and their Met Office partners worked with producers ranging from smallholders to the large tea growing estates and regional tea research institutes, as well as the Malawi University of Science and Technology and Jomo Kenyatta University of Agriculture and Technology. Their work was supported by the Future Climate for Africa programme with funding from the Foreign, Commonwealth and Development Office and UK Research and Innovation.

For media enquiries, contact the University of Leeds pressoffice.