Scientists studying tropical forests in Africa’s mountains were surprised to uncover how much carbon they store, and how fast some of these forests are being cleared.

The international study, published in Nature, found that intact forests on Africa’s tropical mountains store around 150 tonnes of carbon per hectare. This means that keeping each hectare of forest standing saves CO2 emissions equivalent to a petrol-powered car being driven for 1.2 million miles.

The study found these forests store similar carbon densities as lowland forests in Africa, and more per unit area than the Amazon rainforest. Existing guidelines for African mountain forests – which assume just 89 tonnes of carbon per hectare – greatly underestimate their role in global climate regulation.

The discovery is based on a massive effort in the field. Scientists measured forests at 44 mountain sites across 12 African countries. At each site they established plots to carefully record the diameter, height and species of every tree.

The study compared and combined plots from networks across Africa, including AfriTRON, led from the University of Leeds by co-author Simon Lewis, Professor of Global Change Science at the School of Geography.

He said: “The surprisingly high storage of carbon in Africa’s montane forests shows how important on-the-ground research is.

“Going to these forests and taking careful measurements is the only way to robustly assess them.

“This new research will hopefully see a new focus on protecting Africa’s montane forests and their unique biodiversity.”

“This provides a unique perspective on forest carbon storage and fluxes, which is measured on-the-ground across the tropics by thousands of skilled scientists.”

The 100-strong international team also investigated how much African tropical mountain forest had been lost in the past 20 years.

They found that 800,000 hectares no longer exist, mostly in the Democratic Republic of the Congo, Uganda and Ethiopia, emitting over 450 million tonnes of CO2 into the atmosphere. If current deforestation rates continue, a further half a million hectares of these forests would be lost by 2030. 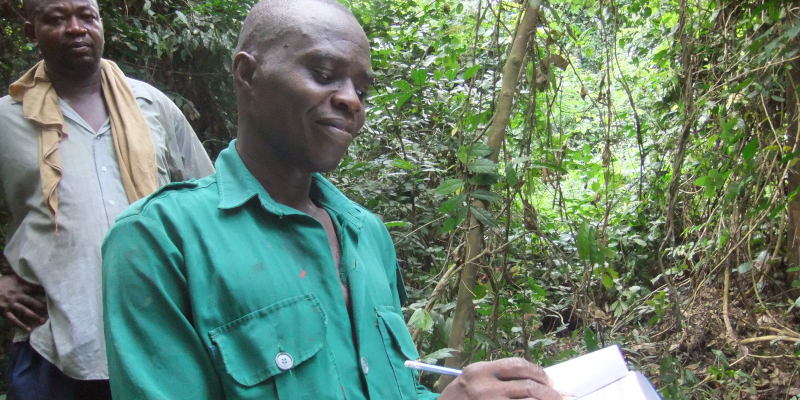 Lead author Dr Aida Cuni-Sanchez, from the Norwegian University of Life Sciences and University of York’s Department of Environment and Geography, said: “The results are surprising because the climate in mountains would be expected to lead to low carbon forests.

“The lower temperatures of mountains and the long periods they are covered by clouds should slow tree growth, while strong winds and steep unstable slopes might limit how big trees can get before they fall over and die.

“But unlike other continents, in Africa we found the same carbon store per unit area in lowland and mountain forests. Contrary to what we expected, large trees remain abundant in mountain forests, and these large trees (defined as having diameters over 70 cm) store a lot of carbon.”

Researchers said that better knowledge about how much carbon mountain forests store is especially important for the 10 African nations where the only tropical forests they have are those found on mountains.

Dr Cuni-Sanchez added: “While we know what makes African forests special, we don’t yet know why they are different.

“It is possible that in Africa, the presence of large herbivores such as elephants plays an important role in mountain forest ecology, as these large animals disperse seeds and nutrients, and eat small trees creating space for others to grow larger, but this requires further investigation.”

The forest inventory data is part of AfriMont and AfriTRON plot networks, covering 13 countries in Africa. The data are curated, shared and analysed at www.ForestPlots.net.

The research was funded by Marie Skłodowska-Curie Actions and National Geographic amongst other funders. All funders are listed in the acknowledgements of the paper.

For further details, contact Ian Rosser in the University of Leeds press office.